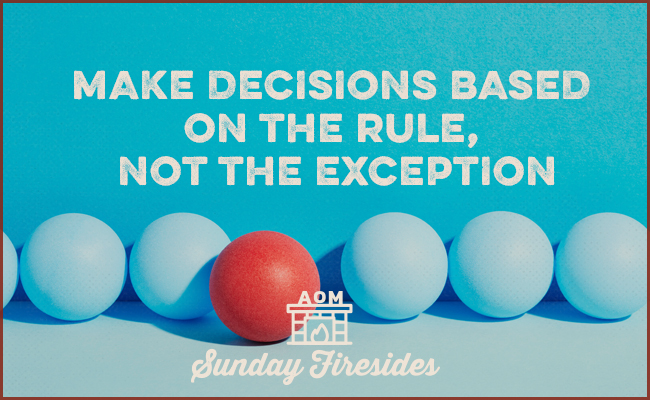 Sometimes a growing family will move farther away from their workplace in order to purchase a bigger house in a different area. Maybe they want a guest room. Or a bigger yard.

Yet they frequently find that this exchange in circumstances feels more like a loss, than an improvement. They only end up using the guest room or the extra lawn space a couple times a year. Meanwhile, their commute to work, which doubled after the move, is something they feel the impact of every single day.

Sometimes a couple doesnâ€™t just move from the city to the suburbs, but moves states, feeling they want to be in a â€œcoolerâ€ locale â€” close to the mountains or the beach. Yet they only end up availing themselves to these features a few times a year â€” only a time or two more than when they used to make a yearly visit as tourists. The remainder of their lives are spent at work, in running errands — in a routine that would be almost identical whether they were in Ohio or California.

Studies show that having good friends is worth making $100,000 more in income. Yet for these folks, the increased cost-of-living has shrunk their paycheck by half, at the same time that theyâ€™ve lost their old community.

Of course, sometimes making these kinds of tradeoffs is worth it; people use the benefits theyâ€™ve gained in a way that compensates for what theyâ€™ve given up. Oftentimes, however, people find that the advantages they use 3 days of the year, donâ€™t outweigh the drawbacks they experience the other 362.

Moving is just one example of the fallacy of making decisions based on the exception, rather than the rule. The former feels much more salient in our minds, but the latter has a far greater impact on our day-to-day happiness.