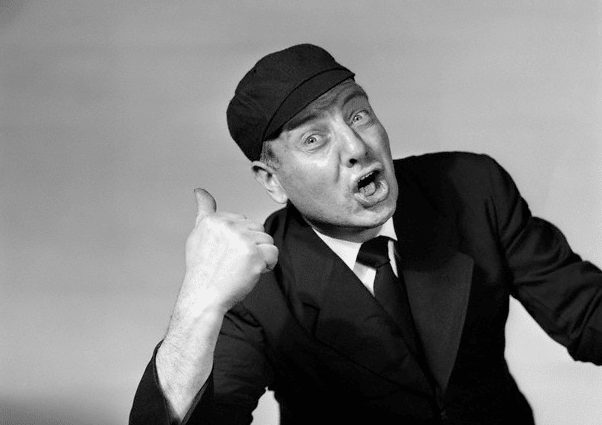 Editor’s note: This is a guest post from AJ Harbinger.

Thereâ€™s an old myth that frogs will pull down other frogs trying to escape a pot of boiling water. Thatâ€™s likely the stuff of folklore, but the dynamic is real: in everyoneâ€™s life, there will always be people who will resist, threaten, and sabotage the possibility of self-improvement.

This general group of people â€” whom we can safely call â€œtoxicâ€ â€” might resent your progress for any number of reasons. Perhaps they think youâ€™ll no longer be in their life if you improve too much. Maybe they feel like your improvement exposes their own shortcomings. Or perhaps theyâ€™re just threatened by the idea of change.

The causes are less important than the effects, which can take the form of anger, resentment, frustration, manipulation, or cruelty (or a debilitating combination thereof). At any given moment, you might be finding yourself dealing with toxic friends, family members, or colleagues who â€” consciously or unconsciously â€” are sabotaging your happiness and growth. Identifying these individuals and understanding how to manage them is absolutely crucial to your well-being, success, and happiness.

So in this piece, weâ€™re going to discuss how to recognize toxic people and navigate the often difficult and emotional process of removing these toxic people from your life.

Because in a very real way, your future depends on it.

How to Know Whoâ€™s Truly Toxic

â€œToxicâ€ gets overused a lot these days, so letâ€™s be clear about what we mean.

Some people in life are kind of a drag â€” annoying, difficult, demanding, or otherwise unpleasant. These people are not â€œtoxic,â€ in the strict sense of the term. Theyâ€™re just generally undesirable. With this (admittedly large) group of people, you might want to create a little distance, but you wonâ€™t have the same urgency to cut them out of your life.

Of course, tolerance for toxicity is relative to each person â€” you have to decide when someone requires distance and when they need to be cut out of your life. Those lines vary from person to person. For example, your sister will probably get more leeway than a coworker, but everyoneâ€™s sister and coworkers are different, and everyone has a different threshold.

What weâ€™re talking about here is true toxicity â€” the kind that infects, metastasizes, and takes over your life. Here are a few classic signs of toxic people:

Do any of these sound familiar? They might help diagnose toxicity in the people around you, even if the toxic pattern isnâ€™t always or immediately obvious. In fact, toxicity can easily go unnoticed for years until you stop to consider your own experience of a difficult person. Though our thresholds for toxicity are relative, thatâ€™s often because we fail to recognize the symptoms.

So how do you go about removing toxic people from your life?

Why Removing Toxic People from Your Life Is So Important

Itâ€™s rare for a toxic personÂ to totally sabotage your attempts at self-improvement, but it does happen. At the very least, they will certainly slow your progress. More to the point, would you want someone in your life whoâ€™s actively opposed to making your life better?

The answer, of course, is no. And yet that can be hard to accept, until you begin to recognize the effects of toxicity within you.

Under the influence of a toxic person, you might second guess yourself on an important decision. You might feel sad, uncomfortable, and downright ashamed about your own progress and well-being. You might even take on some of the same toxic qualities you resent in others â€” something that happens to the best of us â€” because toxic people have a peculiar way of making you toxic yourself.

(In fact, the contagiousness of toxicity is a natural defense mechanism. Howard Bloom in The Lucifer Principle explains how increased toxicity of cyanobacteria was one of the first evolutionary adaptations â€” bacteria actually evolved to get more and more toxic in order to survive. The same applies to humans on the macro level.)

And more often than not, the pattern happens without us even realizing. If youâ€™ve ever had a toxic boss, then you know how this works: his behavior makes you irritable and bitter, so you lose your temper with the team working under you, which causes your employees to become increasingly difficult with one another, which causes them to bring that attitude home to their friends and family, and before you know it, the poison has unconsciously spread.

Thatâ€™s how toxicity works. Itâ€™s contagious and insidious, even in kind, well-adjusted people. Thatâ€™s what makes it so dangerous, and thatâ€™s why removing toxic people from your life is so critical.

How to Cut Out the Truly Toxic People

First, a quick warning: Cutting toxic people out of your life can blow up in your face. Thatâ€™s part of the disease. With that said, itâ€™s absolutely crucial to remove these people from your life in a healthy and rational way.

So how do you go about removing these toxic people from your life and reclaiming the time and energy youâ€™ve been giving them?

And in many cases, you might not have to â€œdoâ€ anything at all.

For many toxic relationships â€” especially with friends and colleagues â€” youâ€™ll only need to make an internal decision to create some space, without having a bigger conversation with the toxic person again. Remember: you donâ€™t owe anyone an explanation. You can just slowly ghost out of their life to the degree necessary, until youâ€™re no longer affected by the toxicity. That might seem obvious, but it can be tempting to think that you have to make your distancing obvious and vocal, when in fact most of the work is on your side of the equation. Like a fire, you can simply stop feeding the flames.

Still, thereâ€™s one specific scenario in which you might have to handle things a little differently: when toxic people are your blood relatives.

What to Do When a Toxic Person Is a Family Member

A toxic relative is a sticky situation. There are no easy answers, and no standard answers that are right for everyone.

Still, cutting out toxic family members might be the most important cut youâ€™ll ever make. Family has a unique way of getting under your skin and directly influencing your thoughts, behaviors, and choices. Relatives donâ€™t own you simply by virtue of being blood. Being family doesnâ€™t confer any special exceptions to toxicity. Relatives donâ€™t have a magical license to screw up your life. Remember that.

Which is why simply creating distance from toxic relatives is probably the best move, whether itâ€™s physical or emotional. But when it comes to family (as opposed to friends or colleagues), your distancing might require some special allowances. You might distance yourself emotionally, while still recognizing that youâ€™ll have to interact with this person on a practical level (by seeing them at holiday dinners, say, or taking care of a parent together). Indeed, your distancing with a family member might require you to disentangle your practical involvement from your emotional involvement â€” youâ€™ll still agree to engage with this person when necessary, but youâ€™ll refuse to let them drag you into the emotional pattern of toxicity.

The important thing with family is to tread lightly and make calm, rational decisions, because how you deal with a toxic family member can color your entire family relationship. There are often larger ripple effects in a family than there are in a friendship or workplace.

So ask yourself: What blowback will you get from other family members? What will the holidays be like? Can you realistically cut them out completely? You might answer these questions and still decide to separate yourself. Or you might adjust your approach accordingly. The important thing is to take the time to consider the dynamic and the effects of the situation before making a decision.

I wonâ€™t lie: Cutting people (especially family) out of your life can be one of the most challenging things you can do. But as weâ€™ve said, itâ€™s also one of the most liberating and life-changing decisions youâ€™ll ever make.

Most importantly, cutting toxic people out sends a key message to yourself. Youâ€™re saying: â€œI have value.â€ Youâ€™re prioritizing your happiness over someone elseâ€™s dysfunction. Once you recognize how toxic people can erode this basic sense of self-worth, it becomes harder and harder to allow them in your life.

So tell us: Have you ever had to cut a toxic person out of your life? How did you do it? What was the outcome? Iâ€™d also love to hear about toxic people you donâ€™t know how to get rid of. Either way, hereâ€™s to improving your social circle and your happiness this year â€” by subtraction as well as addition.

This pieceÂ originally appeared on Art of CharmÂ and was written byÂ AJ Harbinger. Harbinger is the CEO and co-founder of The Art of Charm, and the host of theÂ The Art of Charm Podcast.Â He lives in Hollywood, California, which provides no shortage of places for him to test and develop the techniques for successful social dynamics taught by The Art of Charm.