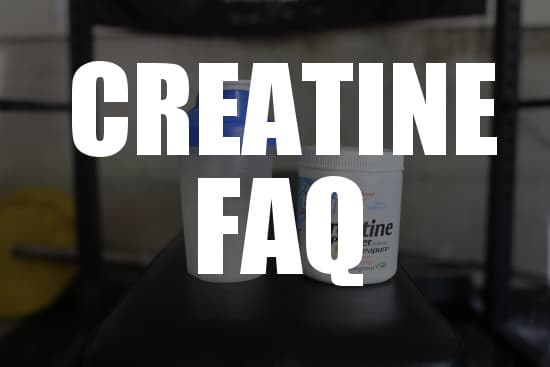 The guys at the gym rave about the benefits of creatine. Your mom says taking it will ruin your liver, or something. But do you even know what creatine is, how it works, and how to use it to maximize its efficacy?

There are a lot of myths and â€œbro scienceâ€ out there about this supplement thatâ€™s used by athletes in a wide range of sports and fitness disciplines. So today weâ€™ll cut through the confusion, answering the above questions and taking a look at all the whatâ€™s, howâ€™s, and whyâ€™s of this popular performance-enhancer.

Contrary to what Baby Boomer mothers often think, creatine is not a dangerous, completely synthetic drug thatâ€™s only found outside of nature. Nor is it a steroid. Itâ€™s a substance thatâ€™s found in the bodies of animals, and your own body as well.

Creatine is a nitrogenous organic acid found primarily in the skeletal muscle that helps muscles get the energy they need to contract (more on that in a bit). Your body makes about a 1-2 grams of creatine a day from amino acids, and overall, your body is composed of about 1% creatine. You also ingest creatine whenever you eat the meat of other animals, like beef, chicken, or pork. In fact, the higher the percentage of creatine in a piece of meat, the higher quality it is.

Of course, the creatine you buy as a supplement is made synthetically in a lab, but its molecular profile matches that which is found in the body, and as weâ€™ll see, is quite safe to take.

What Does Creatine Do?

To understand what creatine does, itâ€™s necessary to know a bit about the cellular energy cycle. All cells in your body are powered by adenosine triphosphate, or ATP. When you walk, youâ€™re using ATP. Deadlifting? Powered by ATP. Thinking about Teddy Roosevelt riding a moose? Brought to you in part by ATP.

ATP can be produced in three ways:

The more creatine you have in your system, the more ADP that can be recycled back into ATP. The more ATP you have, the more weight you can hoist or the faster you can sprint. Creatine, thus, can help make you bigger, stronger, and faster.

What Are the Benefits of Creatine?

Not all nutritional supplements are created equal. In fact, most of the stuff being peddled as magical muscle and strength builders are a complete waste of money.

But one supplement has been studied heavily for the past 35 years and consistently been shown to be safe and effective: creatine.

Creatine is in fact one of the most well-researched nutritional supplements on the market. Below are someÂ of the benefits studies have proven come from this supplement:

Creatine can help make you stronger. Several studies have shown that creatine supplementation results in strength gains. In a meta-analysis of 22 studies on creatine, researchers found that individuals who use it show an 8% increase in strength compared to those who donâ€™t.

Creatine may help strengthen your brain.Â While the bulk of your bodyâ€™s creatine resides in its musculature, smaller amounts are also found in your testes and brain. It takes a lot of energy to power your brain and, just like in your muscles, that energy transfer is carried out through ATP. Creatine has been found to play a major role in ATP levels in the brain. One study found that higher creatine concentrations in the brain resulted in improved mental performance and that this concentration can be increased substantially by supplementation.

Creatine is inexpensive. Not only is creatine more effective than almost all other supplements, itâ€™s also a whole lot cheaper, on the order of $13 for 114 servings, or 12-budget-friendly-cents a serving.

Creatine is safe. After 35 years of testing on infants, athletes, and adults. Creatine has been found to be completely safe, even after years of use. It wonâ€™t damage your kidneys or liver. It doesnâ€™t cause dehydration. The only issue you might have is nausea or diarrhea, but that only happens if you take too much.

How to Take Creatine

Safe, greatly beneficial, and inexpensiveâ€¦if you regularly engage in intense athletic training, thereâ€™s really no reason not to supplement with creatine.

Here are answers to some of the common questions guys have about how to start using this supplement:

What kind of creatine should I take?

There are different types of creatine being marketed out there. Stick with creatine monohydrate. Itâ€™s the cheapest, and itâ€™s the kind thatâ€™s actually been proven to work.

How much creatine should I take per day?

Itâ€™d be easy to think, â€œIf creatine helps me recycle ATP, then the more creatine I have in my body, the better. Give me all the creatine!â€ But that would be wrong. Your muscles can only process and store so much of it.

So how much is enough?

There are all sorts of answers out there to that question. The standard daily dosage recommended by companies selling creatine is 5 grams daily.

Other sources recommend customizing creatine dosage based on bodyweight. The most common recommended dosage is .03 g of creatine per 1 kg of body. So if you weigh 200 pounds, your daily dosage would be 2.72 g of creatine a day (90.7 kg x .03 g).

But letâ€™s be honest, measuring out 2.72 g every single time you take creatine would be a pain in the rear. And it may not be enough for you — it’s just an estimate.

Personally, I just use the 5 g scoop that comes with my creatine powder. Am I possibly pissing away excess creatine? Perhaps. But I know Iâ€™m getting an adequate dose, and thereâ€™s no ill-effects of taking that much creatine daily.

Can I get enough creatine from eating meat without supplementing?

Should I start taking creatine by doing a â€œloading phaseâ€?

With that in mind, companies that sell creatine powder recommend that when you first start taking it, you begin with a â€œloading phaseâ€ that involves taking a high dosage of 20 grams per day (taken 4X a day in 5 g doses) for a week or two.

Once your muscles have become â€œsuper saturatedâ€ with creatine, you move into a â€œmaintenance phaseâ€ where you take the usual 5 g a day.

While itâ€™s true that a loading phase will saturate your muscles with creatine quickly, it might not be necessary. Research has shown that taking 3-5 g a day from the get-go will eventually result in creatine saturation. It just takes longer for the saturation to occur.

So whether you load or not is up to you. Mega-dosing during a loading phase wonâ€™t cause any ill-effects except for maybe some nausea or diarrhea.

Do I need to take creatine forever?

You donâ€™t need to take creatine forever. You can stop supplementing anytime you want. But your musclesâ€™ creatine levels will start to deplete about two weeks after you stop taking it. In 4-6 weeks, the extra creatine will wash out of your muscles altogether, and your body will be back at producing its baseline level of 1-2 grams a day. According to one study, even when continuing to supplement with 2 g a day of creatine after a loading phase, instead of the recommended 5, the creatine in participantsâ€™ muscles still fell to baseline levels within 2 weeks due to their strenuous exercise routine.

Some fitness experts do recommend that you cycle off creatine for a month every 12 weeks or so. Why? Thereâ€™s lots of bro-science reasons thrown out as rationales, like ensuring that your body can still naturally produce creatine or to avoid other possible negative side-effects.

Actual science has shown that thereâ€™s no reason to cycle off creatine. While you take it,Â your body’s own production of creatine will slow some, but it will continue to produce it, and your naturalÂ levels will return to normal if/when you do stop taking it.Â And as discussed above, there have been no negative side-effects found with the daily, prolonged use.

So, no, you donâ€™t have to take creatine forever. But if you want to get the most from its benefits, supplement with it daily. It wonâ€™t hurt and itâ€™s cheap.

Should I use a powder or capsules?

It doesnâ€™t really matter in terms of efficacy. I would recommend powder because itâ€™s cheaper per gram.

Does it matter when I take it?

Nutrition timing is something that confuses a lot of men. Youâ€™ve likely read or heard about magic â€œwindowsâ€ in which you need to consume certain nutrients to get the maximum benefit from them. As we discussed in our article about pre- and post-workout meals, however, you shouldnâ€™t over-think this stuff. Your overall diet plays more of an important role in your physique and strength than the exact timing of when you eat.

The same goes for creatine. One study in 2013 showed that supplementing with creatine after a workout resulted in better strength gains. The insulin spike that occurs after a workout may do a better job of transporting creatine into muscle cells. But the difference between individuals who supplemented before their workout or after wasnâ€™t that much. The researchers concluded they needed to do more research on this question to come to a definitive answer.

So just take your creatine supplement when itâ€™s convenient for you. Personally, I take mine with my mid-morning protein shake.

Do I need to take creatine with carbs?

Research is mixed on this question. One study found that ingesting creatine with fast-acting carbs improved athletic performance compared to individuals who just consumed creatine, while another found no difference.

Again, my philosophy with nutrition supplementation is to keep it simple. If you have a post-workout shake that has carbs, throw in a scoop of creatine. There’s a chance you’ll get an added benefit from consuming creatine with your carbs. If you usually skip breakfast, take it on an empty stomach. Or save it to take with your dinner. Donâ€™t stress — do whatever works for you.

Is it okay to take creatine with caffeine?

One studyÂ in 1996 found that consuming caffeine with creatine counteracts the benefits of the latter, but the study wasnâ€™t well-designed, and other studies have found no deleterious effect. So feel free to take your creatine with your coffee or caffeinated pre-workout shake.

Can you take creatine with juice?

Youâ€™ll see blog posts or forum comments out there claiming if you take creatine with juice, the acid in the juice will cause the creatine to break down and lose its effect. However, several studies done on creatine had the subjects consume creatine with juice and they still reported beneficial effects.

If you think about it, if acidity counteracted creatineâ€™s benefits, then creatine would be doomed the moment it entered the acidic swamp that is your stomach. But that doesnâ€™t happen. So feel free to take it with juice.

I remember back when I started supplementing with creatine when I played high school football, my mom was a bit concerned. But research has found no negative effects from creatine use in young adults or even children. In fact, doctors will often prescribe creatine to children with certain neuromuscular disorders. If youâ€™re a young man or are a parent of a young man, you shouldnâ€™t worry about creatine supplementation. Most doctors simply recommend that you wait until after puberty starts and make sure you stick with the recommended dosage.

Can creatine make me big and strong even if I donâ€™t lift and exercise?

Is that you, Cartman? Like all supplements, creatine will have no effect if you donâ€™t push yourself in the gym and maintain aÂ healthy diet. Creatine can help you push a little farther, but it wonâ€™t turn you into a beefcake if you donâ€™t do the work. 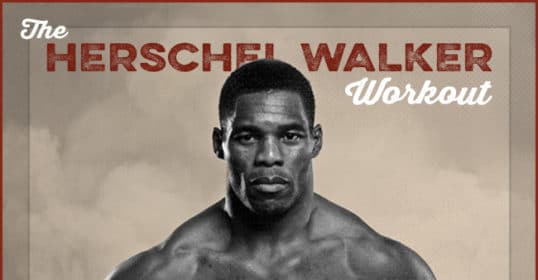 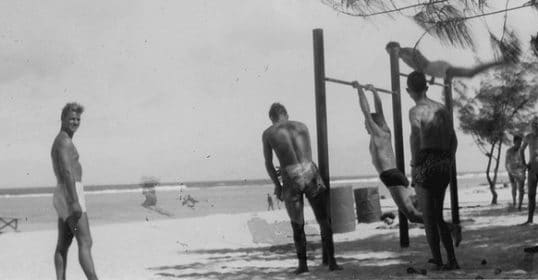 How to Stay Fit on Vacation (While Still Enjoying Yourself) 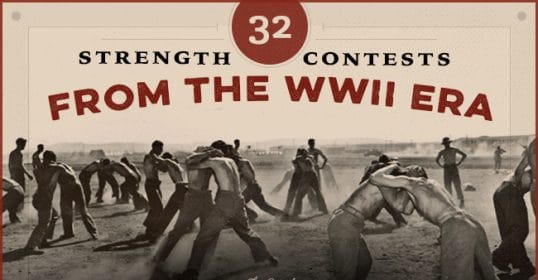 32 Strength Contests from the WWII Era 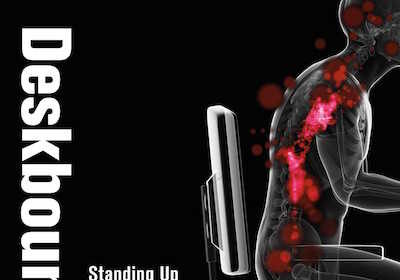